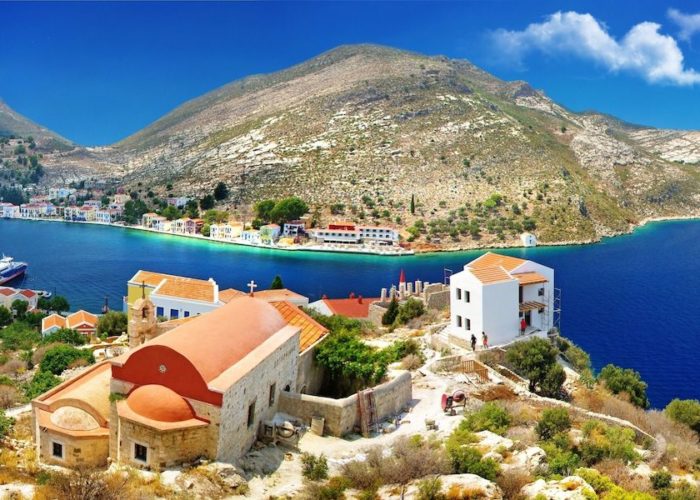 Beautiful neo-classical houses are at the pier front of this pine-wooded island, stopping migratory birds, one of the islands to visit for a day or more during the discovery of the Argo-Saronic Gulf. 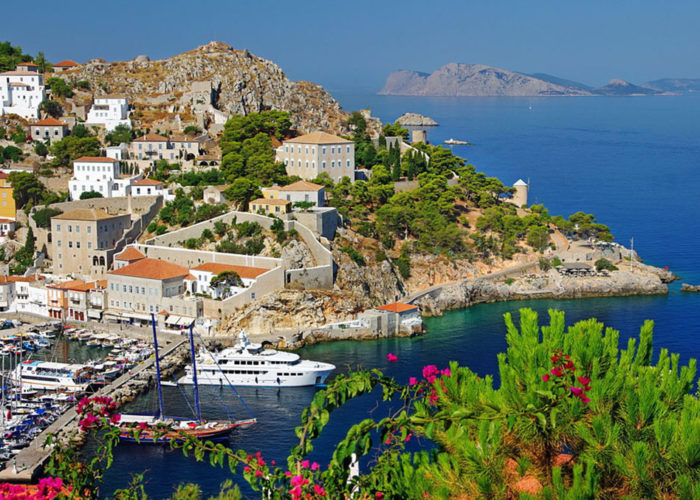 A romantic island where the wheel is forbidden, time passes slowly to the rhythm of the mules which are with the handcarts the only means of transport. 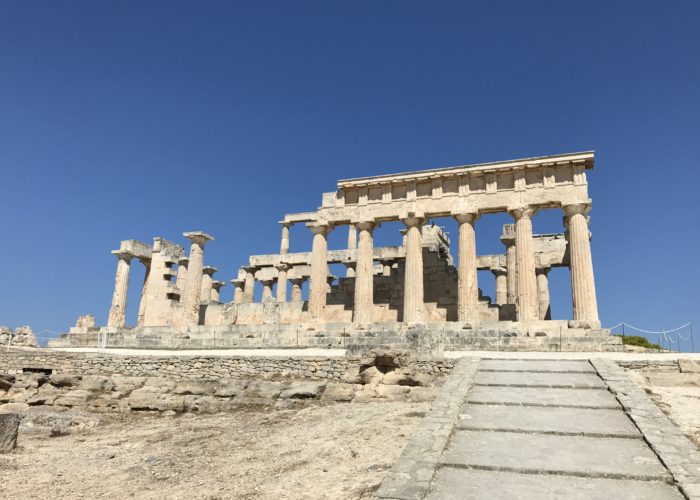 About twenty kilometers from Athens, Aegina is known for its temple of Aphaia, one of the three points of the triangle formed by it, the Parthenon and the temple of Poseidon at Cape Sounion. 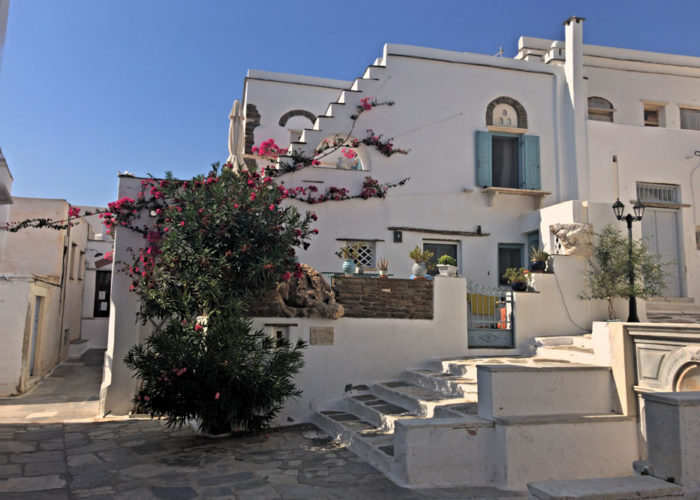 Tinos is one of the largest islands of the Cyclades. It is particularly famous among believers for its imposing Church of the Virgin (Panagia) which has a miraculous icon. 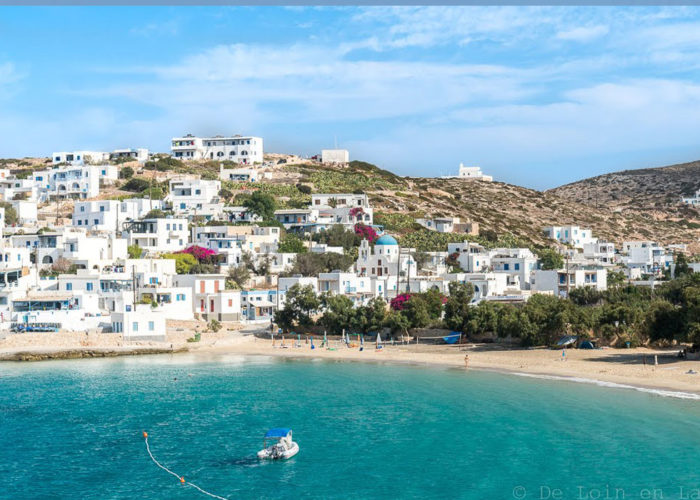 Small archipelago south of Naxos, composed of six small islands, Iraklia, Schinoussa, Donoussa, Kato and Epano Koufonissia and Keros is a holiday resort popular during the summer, but the housing is few and there is still good life. 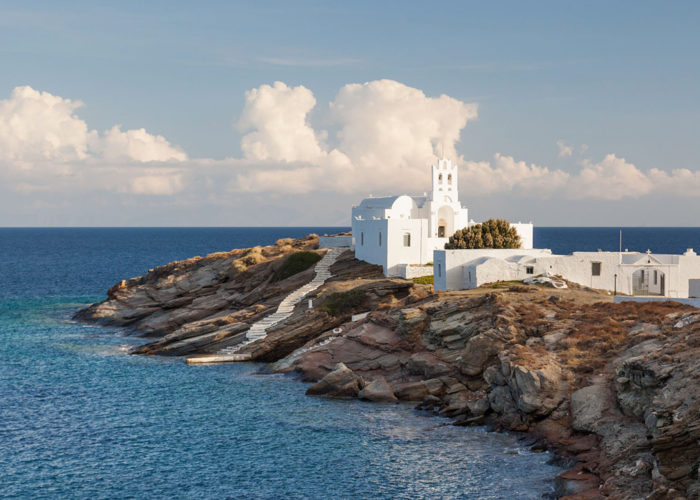 The island of gastronomy, place of origin of Nikos Tselementes and having lived in Alexandria, it is true designer of the modern Greek kitchen, mixture of the Hellenic flavors and the Middle East, its cookbook is always a appreciated gift. 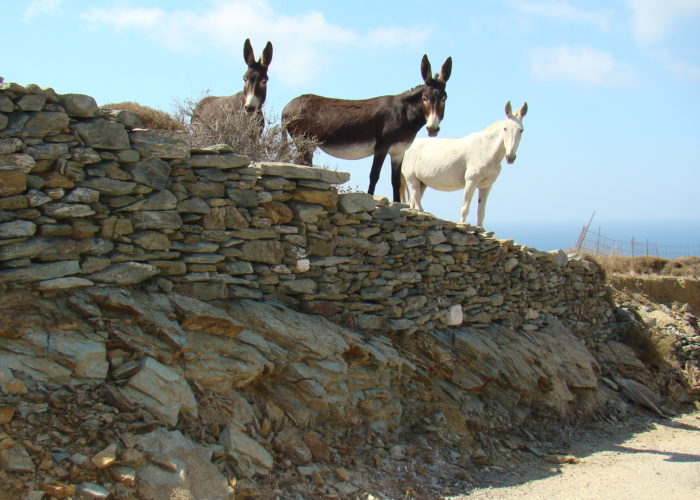 A small jewel, an island with only three villages, the church dedicated to the Virgin overlooking Chora offers an exceptional sunset on the Aegean Sea. 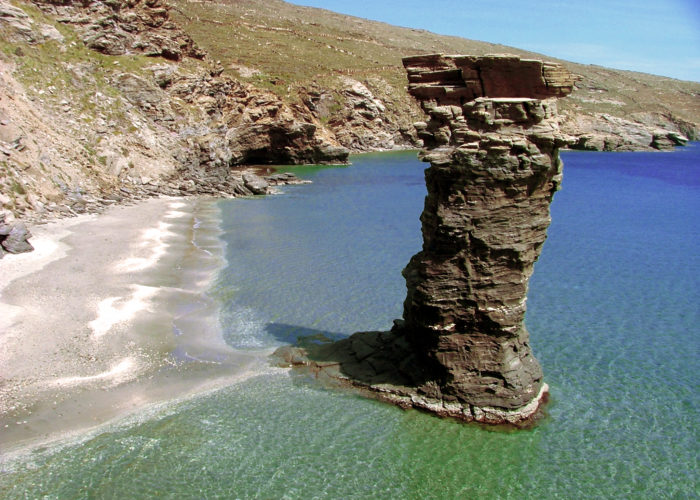 The greenest island in the Cyclades. It is only two hours from the port of Rafina. It is a very attractive island with many traditional and picturesque villages.